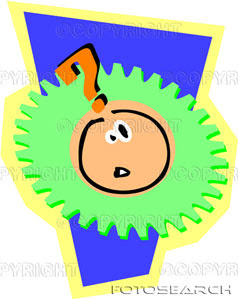 I had hoped to stay out of the primary season, because I prefer to wait until the final candidates have been chosen, before putting in my comments. However, I have not been able to ignore what is going on lately, mainly because it is so pathetic. When it looked like Hillary Clinton was a shoo-in, it really wasn't necessary to say much. I'm not saying she was a guaranteed great president. I'm just saying that of the field that was running, she appeared to be the best.

There is, after all, no possible way, with the country and the world in the state that we have helped to create, that any Republican candidate could possibly gain back credibility for their party and even remotely have a chance to win the 2008 presidential election...unless of course the democrats were to run, oh, say, a pineapple* as their candidate. Alas, of course, the Democrats are doing what they are always so good at doing, and are trying to once again pick a pineapple, or other such unelectable candidate. Actually, they would run a pineapple if they could...but since they are not in season, they would run an unripe and unelectable neophyte candidate instead.

Obama and Edwards are unelectable. Between the two of them, they bring, well, besides almost no experience, they don't bring much else, besides good intentions. If you don't know which road is paved with good intentions, I would introduce you to a frequent contributor to this blog, Satan, but he is not back yet from the Iowa caucuses. I believe he is thinking of a stop over in New Hampshire. Anyway, I have said this in a previous post, back when the election season started: If Obama or Edwards is the candidate the Democrats choose; the same democrats that vote for him now, will cave when the Republican candidate starts saying that in these difficult and violent times, with war in Iraq, Bin Laden in Afghanistan (or somewhere) and Iran going nuclear, that we need a strong and proven leader. And the loser democrats who all chose the guy in the primaries, will then vote for the tough talking Republican, just like they did George “I got you all into this mess in the first place” W. Bush in '04 when he did just that to well intentioned milquetoast Kerry.

I think Hillary is a good candidate and she will make a good president. Is she the best candidate out there? I was kind of leaning towards Al Gore, but I think she's the best of who's actually running. I like Mike Bloomberg, but I think he is considering getting in too late for him to be properly vetted. Independents are also at a disadvantage in this system, even with his considerable financial resources.

These other candidates are trying to turn Hillary’s experience into the “status quo” because between the two of them they have NO experience. She does have 35 years trying to help people and effectively (and sometime ineffectively) making changes! She has made mistakes that she has learned from. The others haven't had the opportunity and we can't afford for them to learn on the job. Only the inexperienced try to make experience into a bad thing, but the American people need to see through this. It is true that you can have bad experience, George W. Bush has certainly shown us that. But Hillary has a near lifetime of dedicated public service where her and her family have fought for everybody in this country. Wrong or right she has always tried to do what's best and has tried to make major changes for the betterment of this country. She has a track record of successes and failures. Everyone else brings nice oratory and good intentions. But you need more than that to run the greatest country ever on the face of the earth. By the way, Hillary has good intentions too; she has just backed them up with actions.

Let me also say here that, I like Oprah, I like her and respect her a lot. She is an amazing human being, who has accomplished a lot, and I hope someday to be on her show. However, I cannot explain why she so exuberantly endorsed Barack Obama. She's been around long enough and experienced enough to know that great change is possible in this country, but at the same time she knows it didn't come from just good intentions or good oratory. It required difficult and forceful action and painful transitions. It not only requires many forces and people working together, but strong leadership to get there. You cannot unite just with good intentions. You need strong leadership. Jimmy Carter was a perfect example of how good intentions could fail to work, and he was working with a Democratic Congress and Senate. Ronald Reagan is a good example of someone who can get what he wanted accomplished, even when dealing with a Democrat Senate and Congress, he was bullying with them., and brought his case to the American people to have them help him push his agenda along. Now, this is not to say that Mr. Obama does not have the additional qualities necessary, but that we have no reason to know if he does. If there is one job, that even though you cannot know what it is like until you have it, that cannot afford much of a learning curve, it is President of the United States. He might make a great President someday, and we may indeed find out, but I don't think he has shown us enough to get there now. We had another inexperienced guy, who said he would cross party lines and be a "uniter, not a divider" and who needed to learn on the job (and hasn't, by the way) and as we all know, George W. really did not work out well.

There is still time for the Democrats and Hillary to turn this around and preserve the Presidential election for the Democrats, and subsequently, for the betterment of our country and the world. But it doesn't look good.

*(This pineapple debacle may stem from the Democrats misunderstanding of a recent CNN/Reuters Poll that asked: "If an election for President were held today and the choices were Barack Obama, John Edwards, John McCain, Mitt Romney or a Pineapple, which way would you vote? The Pineapple won this hypothetical election by a two to one margin over the runners up.)

Well, the New Hampshire results are in, and either a lot of new Hampshire residents read my blog, or maybe I should have named this post: Who's Dumber than Iowa Democrats? But we shall see where things go from here before I rename anything.