It really is okay to make the punishment fit the crime. 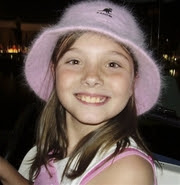 As reported by CURT ANDERSON, Associated Press Writer
MIAMI - A sex offender was found guilty Wednesday of kidnapping and raping a 9-year-old girl and burying her alive in a case that led to a crackdown around the country on people convicted of sex crimes. Jurors deliberated about four hours before returning the verdict against John Evander Couey in the slaying of Jessica Lunsford, who was snatched from her bedroom in February 2005 about 150 yards from the trailer where Couey had been living.
Her body was found in a shallow hole, encased in two black plastic
trash bags. She had suffocated and was found clutching a purple stuffed dolphin.

And let me add this:
As enlightened as we are in the 21st Century, we must face reality. There are no effective treatments for Pedophilia and Sex Offenders. Castration and Exile seem to be the only reasonable options. Some would say that this was "cruel and unusual" punishment. But it isn't. Because anything else is not really a punishment, or rehabilitation, because nothing else works. We have to start worrying more about the potential victims rather than the rights of these monsters. In the meantime, though I generally oppose the death penalty, there was enough evidence and confession to be sure who committed this crime, so put the animal to death, because we, as a society, are not ready to ship him off to some god forsaken island somewhere, even though we are comfortable watching game show contestants marooned on them. And as you contemplate these harsh fates for these sick and unrepentant creatures, if your courage wavers, let the picture I placed here haunt you back to bitter reality.
Rest in Peace little Jessica.