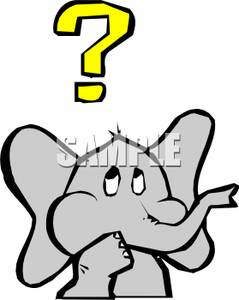 Where Do They Come Up With This Stuff?

Republicans, in particular, have been pushing to allow the sale of health insurance across state lines; this is unlikely to help much with insurance rates, except possibly briefly. New York City is a good example of what forces are at work pressuring the pricing of health insurance. When I sold health insurance in the early 1990’s an extremely comprehensive and generous major medical and hospitalization policy from a major insurance company could be purchased for less than $100 a month---if you were young and healthy. When New York instituted community rating laws that stopped companies from turning you down or charging you higher premiums because of health problems---anyone could buy a policy---but the cost doubled---and has been growing ever since. In the late 1990’s a small employer group policy that offered similar benefits cost near $300. For an individual, but the same policy cost about $90 an individual for the same client---for their office staff in Utah. The reason is Utah had less restrictions on the policy standards than NY and because health care costs were significantly lower in Utah.
If the government now allows companies to sell anywhere--- their benefits and restrictions will need to conform to the most demanding and restrictive states. Eventually the costs for those policies will rise to the average cost faced by all the other insurers serving that locale. All this will accomplish is that costs, and then rates, will rise in the cheaper states, unless they continue to restrict benefits and separate costs for those states. If they do, then there will be no benefit to this, as the costs will be raised in the expensive states and remain lower in the cheaper states---just like they are now. This is what happens now as many health insurers are serving numerous states already.
The only way to control insurance costs and medical inflation is to really reform health care. Assuring coverage for every adult and child was a start that makes the system work for everyone---but does not control costs. Mandating cost controls and lower fees by limiting what insurers and Medicare pay to service providers is not an answer. That does nothing to deal with the spiraling costs the providers endure---it just allows insurance companies and the government to pay what they want---and leaves the financial pain to the systems and people that actually provide the care! Real Reform will demand new ways to look at the system and rework how it operates. It can be done and eventually, I believe, it will be done. Selling more insurance policies across state lines is not going to do it however, and it's not going to solve any of these problems.
Posted by LHwrites at 5:18 PM 6 comments:

Consistent Democrats---Consistently Dumber than Dirt, and Sad for America.... 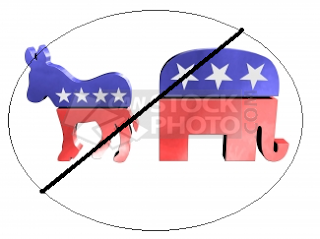 In a stunningly clear and persuasive set of moves, Democrat constituents and elected Democrat officials have proven that they can challenge anyone for the title "America's Biggest Loser"---not weight loss--just loss of direction, nerve, and foresight. With an incredibly incomprehensible vote, Massachusetts chose to honor the legacy of their, supposedly, beloved Senator, the late Teddy Kennedy, by replacing him with a Republican sure to halt one of Kennedy's most important goals---health care for all--as well as a number of other agenda items he shared with President Obama, whom he supported during the primaries and election.
Then, in an equally perplexing move, sensing the electorate might be fearful of change and spending, Obama, despite holding the moral high ground of finally, in the true spirit of this great nation, supplying affordable health care to all citizens, instead rolled over and played dead---calling for a reworking of health care reform to tone it down. Did you ever see George W. Bush, or any Republican, capitulate? Even in the midst of unpopular decisions, lies, moral deceit, plunging polls, demonstrations in the streets, etc., etc., etc.? No? While the Republicans are consistently prejudiced, hypocritical and self-serving---they, like the Democrats, are all too consistent. Their consistency often gets their way---to the detriment of the American People. Sadly, it appears that the Democrats consistency---towards caving in and failure---will doom America to the same fate.
Posted by LHwrites at 6:50 AM 6 comments: