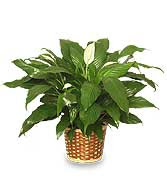 Country First. That's the sign that the Republicans wave around at their convention. I guess they are trying a change of pace, since they tried putting their country last and the richest people first from 2000-2006. They still put their country last from 2006-2008 but it was less comprehensively because they lost the congress, because the country woke up and realized they were being put last. Just about their entire convention has been about veterans. Veterans are heroes and patriots, but that does not mean they are qualified to be President. If you only had to be a brave war hero, then John Kerry would have been our President the last 4 years, and America might have already been on the road back to the greatness it deserves. We can't change the past, but we can fix the future. The Republicans had their chance...and they messed things up. True, we don't need Obama to get us out of Iraq because despite what the Republicans want; Bush wanting the war to continue and McCain saying we will stay there 100 years, the Iraqis are throwing us out! Still, we need a change to right so many other things. Vote Obama. Or go ahead and write in your vote for a sponge, a Buick, a house plant, what-have-you, just not John McCain or any other Republicans.
By the way, did you notice those young Republicans cheering Rudy Giuliani saying John McCain would keep the fight against terrorism on the offensive? Why are they at the convention? Why haven't they enlisted to fight the good fight in Iraq (or even better---the real fight in Afghanistan)? The old Republicans love to cry for war because they aint going, and they aint sending their kids either, make no mistake. Seem a bit hypocritical? Alright, it's true, not just a bit. Of course, not all Republicans are hypocrites. John McCain's kid is in Iraq (as will soon be Joe Biden's), and Palin has family going as well, but sadly, that is pathetic, not patriotic. The only terrorists they will get to shoot at in Iraq were ushered in by George W. Bush, as has been pointed out in this blog before. If Republicans are so easily fooled, and fail to learn when the truth is pointed out to them; that Iraq had nothing to do with 911, and a bipartisan commission pointed that out, and that the Bush Administration lied, and covered up these issues, how can you trust such easily fooled people to run your country? The answer of course, is you can't, and when you try, you get the last 8 years. And Bush was the guy doing the fooling! He's the clever one! The rest are just still believing the lies he sowed! At this point it should just be NUFF SAID. Time will tell.
Posted by LHwrites at 6:30 PM

I take it you were not impressed with the RNC. But as political theatre, there was some brilliance.

McCain, not know to be a good orator, hired Sarah Palin. She then gave the best political speech of either convention.

He also did something very odd last night...in his acceptance speech he attacked Republicans for their 'failures.' I've not seen that in all my adult life [from either party]. He seem to be putting on notice those who doubt he will be a reformer.

In the same breath, he successfully stole Obama's change rhetoric.

As political theatre, this is almost as good as the Super Bowl.

I agree with the good theater and I feel Palin's speech was not quite as good than either Clinton, but she shined more because there were low expectations. You don't see what McCain did but he wants to be seen as a reformer by railing against a failed administration. He certainly could not embrace them and hope to win in November. however, his voting record and rhetoric the last 4 years is proof that the McCain of the convention is a very new incarnation, who thought he would have other things to run on just 2 years ago. For him to repudiate Bush now, will soon be considered the biggest flip-flop of them all because his record and speeches show he was against Bush--before he was for Bush--before he turned against Bush again. Talk about political expediency. Palin too, as a staunch conservative, will soon be exposed by the public record as being much more aligned with Bush than she liked to portray at the convention. There was a time when McCain could have run as a Republican reformer, but as I have tried to point out many times, those days are long gone, after he was beat up by Bush in 2000, actually.